I have now come to think of Fashion’s Night Out as the official start of Fall. New York City becomes one big fashion party; and I have to admit we can throw a party! Really, it is more like lots of fabulous small parties all over the city. I made it a point to start early and work my way around the city to few hot spots.

The evening started at the Chanel makeup counter at Bloomingdale’s, where I was treated like fashion royalty. They started with a nail polish and makeup application from their new fall collection. I loved my look so much, a purchased some items. After all, that is what Fashion’s Night Out is all about. 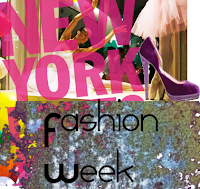 I then met up with some friends to attend the festivities taking place Downtown. The meat packing district was full of energy with live music and streets filled with the fashionable crowds. There were quite a few celebrities out and about too! We saw Alexa Chung at the Moschino boutique and Solange Knowles drew a huge crowd at the Diane Von Furstenburg boutique.

I made sure to stop and see my friends at Ford Fusion de Estilo party. It was fun and filled with the Latino fashion crowd of NYC.

The night was young and I had a few other parties to hit, so I headed uptown to Madison Avenue. I never miss a DKNY event, since they never fail to bring it! They linked up with the males from the Fire Department, City of New York (who were so smoking, it was almost ironic) having them pose for pictures and hawk their new calendar FDNY 2013 Calendar of Heroes whose proceeds supported the FDNY Foundation.

The Michael Kors boutique was next and the energy was still high. They were featuring the iconic aviator sunglasses and even had T-shirts and bags with the aviator print. Unfortunately, I got there late and missed the appearance by Michael Kors and other celebrities.

My last stop was at Schultz shoe boutique. What a way to end the evening! The Brazilian shoes were so gorgeous, I fell in love with every single pair. The only problem was that by now my feet were killing me and I needed to head back home. I had a full day at Mercedes Benz Fashion Week shows and had a 9am show to go to in the morning.

So the start of Fall is officially here, and I really think it is going to be as fun as Fashion’s Night Out was!

Free Online Games – Why You Should Take a look at playing...

Find the Best Casino Games to Play for Free and begin playing...