September is a great month because it is Hispanic Heritage month. With that comes many different events such as the ALMA awards and one of my favorites, Fiesta DC. What is Fiesta DC, you ask? Well Washington, DC has a large Latino population but it’s concentrated in small areas throughout the National Capital Region. Fiesta DC is a great event that allows Latinos to show their pride, enjoy great music and indulge in our cultural foods. 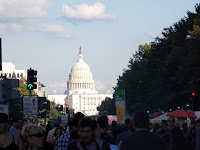 Beginning in the 70’s, Fiesta DC has been a premier Latino event in the Washington, DC area. Held on Pennsylvania Avenue, NW, between 9th and 14th streets, there were five stages which incorporated Latin music (Salsa, Meregue, Bachata), folklore, theater and other performing arts. In addition, Fiesta DC also hosts the parade of nations which included hundreds of dancers from over 30 Latin American, Spanish and Caribbean cultural performance groups. 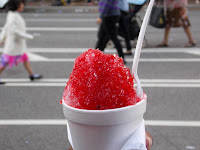 The event was grand, with thousands of attendees and hundreds of vendors selling merchandise such as Latin flags, shirts and chains to your favorite Latin dishes like empanadas, pupusas and taquitos. The lines for many of these vendors were almost a half a block long at any given time. I was even able to enjoy a childhood staple of mine, Piragua- pronounced (pi-ra-gua). It is shaved ice topped with your choice or choices of flavored syrup (i.e. strawberry, cherry, coconut, etc). It’s been almost 20 years since I’ve been able to enjoy one of these simple treats.

There were many different organizations and sponsors present such as Comcast, Verizon, Inca Kola, Goya, Kesta Happening DC, and of course Latin é. People crowded from all over to see what was being offered to attendees. The beautiful part about this was that I saw so many people of different cultural and ethnic groups attending the festival learn about our cultural music, food and customs.

Over all, this event was one of the highlights of 2012- completing the festival with a live performance from Jerry Rivera. 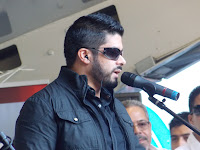 Free Online Games – Why You Should Take a look at playing...

Find the Best Casino Games to Play for Free and begin playing...