I discovered Latin Jazz about 20 years ago while living in Southern California. Like many of us Latinos, we grew up listening to our parent’s salsa and meringue albums at parties and family gatherings. For most of us at a very young age, we were inherently developing an affinity resulting in a natural attraction to the sounds and rhythms of Afro Cuban, clave, mambo and son. Living in the U.S., we also grew up with Rock and Roll and R&B and for me anyway, the American genre of music took a front seat in many ways, and for many years, leaving my parent’s music for family time on weekends.

In high school, while rock and roll was cool, so was R&B, funk, hip hop, and here in the DC area, go-go. Later, I began to explore Jazz. More specifically anything on the Blue Note label. (I’ll write about that in another blog.) I discovered bebop and it changed the way I approached music both as a listener and a casual guitarist. Now I’m a huge Jazz geek with posters of Monk, Dizzy, Miles, Parker, Coltrane, and others all over my house.

Very generally speaking and without getting too technical, in the 1940’s during the height of the big band, swing sounds of Benny Goodman and Glenn Miller, there were a few musicians that would get together late-night after their gigs and mess around with the rhythmic phrasing and tempos of the music they played night after night. Folks like Don Byas, Thelonious Monk and Charlie Christian would showcase their amazing abilities and improvisational chops to produce a sound that was in great contrast to the dance-able  melodic, structured and pleasant sounds of what they were playing during their paying gigs. It was like doing a “sound-off” to see who could get the craziest while still making it work structurally. They called it re-bob or be-bop and as this new sound gained popularity, younger audiences became more interested in listening than they did in dancing, necessarily. By the 1950’s and at it’s height in the 1960’s bebop became an industry all to itself.

Now imagine if you will, that sound, blended with the Afro Cuban rhythms, with clave, salsa and meringue. While the bebop sound was developing, so was Latin Jazz. Dizzy Gillespie was one of the original drivers of this blend, as was Charlie Parker, Mongo Santamaria and Cal Tjader to name just a few. There are volumes of information and history about this. I’m just covering a tiny incomplete piece in order to give you an idea, and perhaps for some of you, a starting point. While the fathers of Latin Jazz I just mentioned here are all gone, one American conguero is still around and still “killin it”. 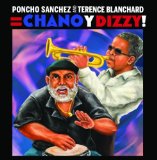 Poncho Sanchez was discovered by the great Cal Tjader when Poncho was just 24 years old. After asking Poncho to sit in with his band for one set, Poncho became the permanent conguero for his long time idol Cal Tjader. Poncho remained the bands conguero until Cal Tjader’s death in 1982. Soon after, Poncho signed with the Concord Picante Label and today, has record over 30 albums. Many of his albums include his renditions of the bebop sounds with standards like Dizzy Golespie’s “ A Night in Tunisia”, Miles Davis’s “On Green Dolphin Street” and Thelonious Monk’s “Well You Needn’t”. A prolific writer and composer in his own right, Poncho Sanchez is a Grammy award winner and one of the worlds most influential Latin Jazz artist today. You should definitely go see him live whenever you get a chance. Check out his official web site here and look to see where and when you can go hear him. You will not be disappointed.

Cbd Oil And Menopause Can It Help United Kingdom

How to Get the Most Out of a Data Application Review

Cbd Gummies To Give Up Smoking Critiques Shark Tank Assist And Benefits!

The Psychology of Online Dating